Yesterday I visited the Dutch twice-a-year fair. And since I had been a bit impaired during the last two fairs, trying to get around with my arm in a sling -believe me, that is tiresome, it feels as if you have grown a piece of heavy luggage that you would love to put into some locker to pick up later - , plus having had to miss out on the Rheda fair too, I fully intended to have a very good time and to have some treats!

Here are , to begin with , my worst sins:

I started out hitting Karon Cunningham's stand , there was a nice David Booth sofa with a stool, that I "needed" big time : 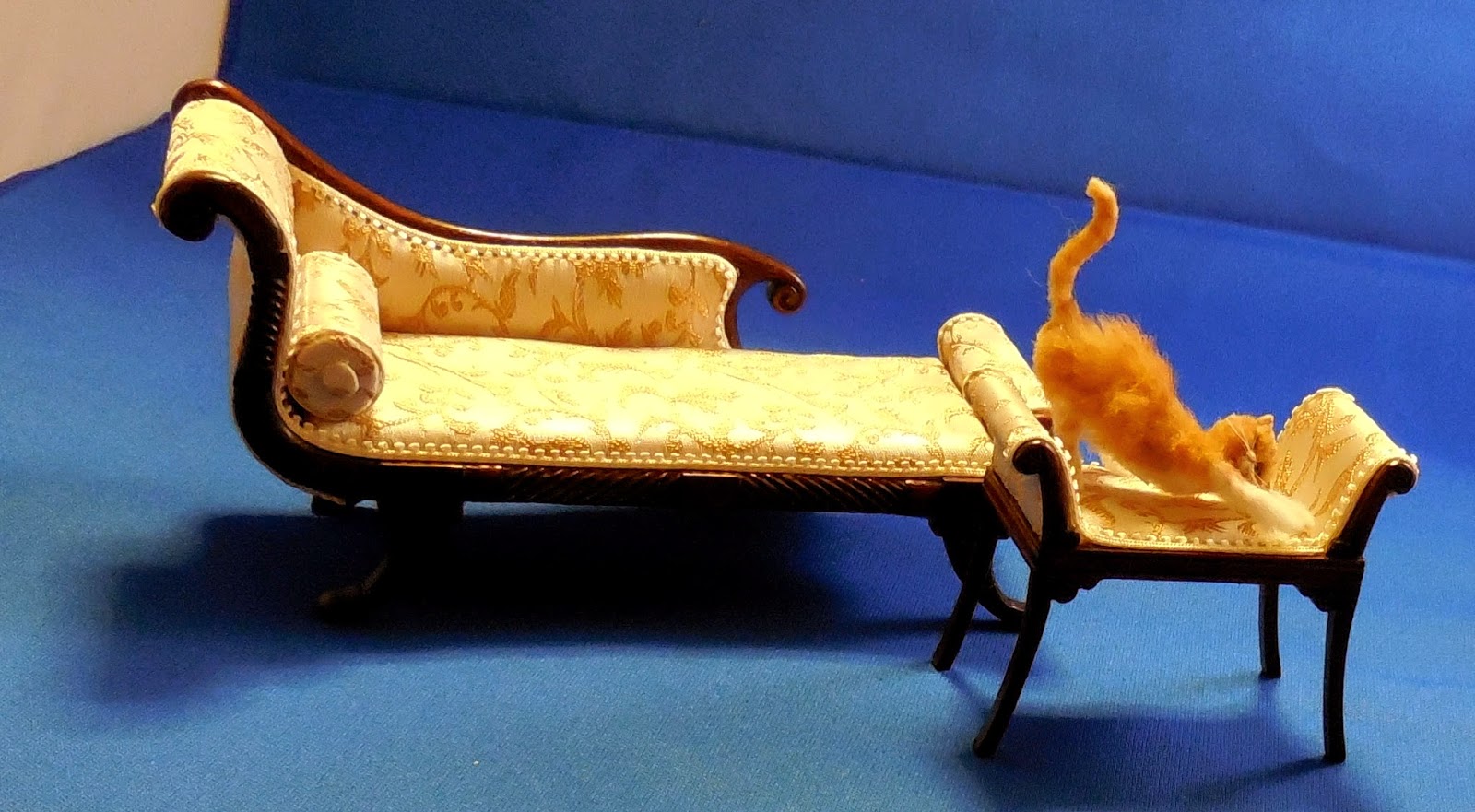 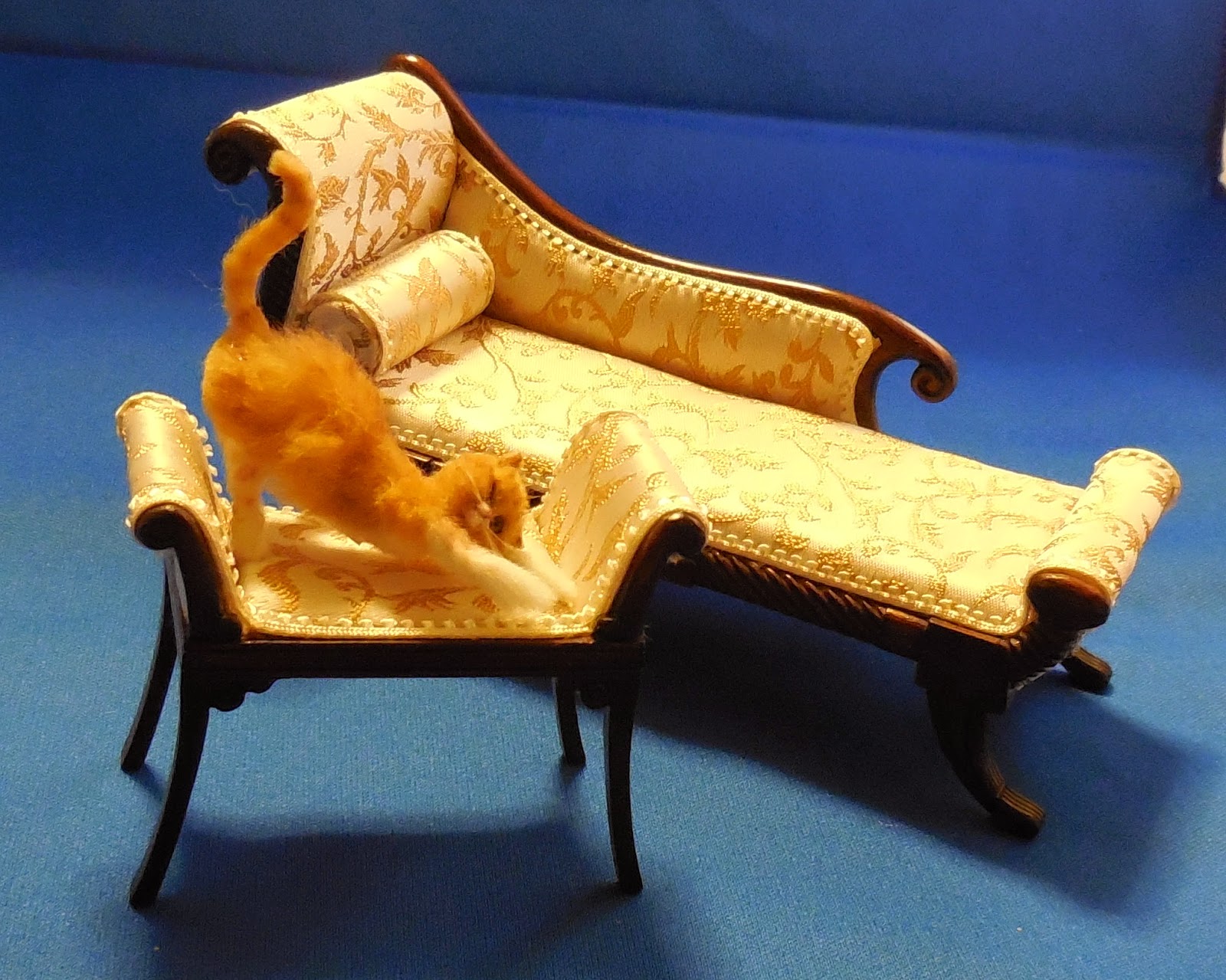 It is living in my "posh "roombox for now, may move later on, not quite sure yet. 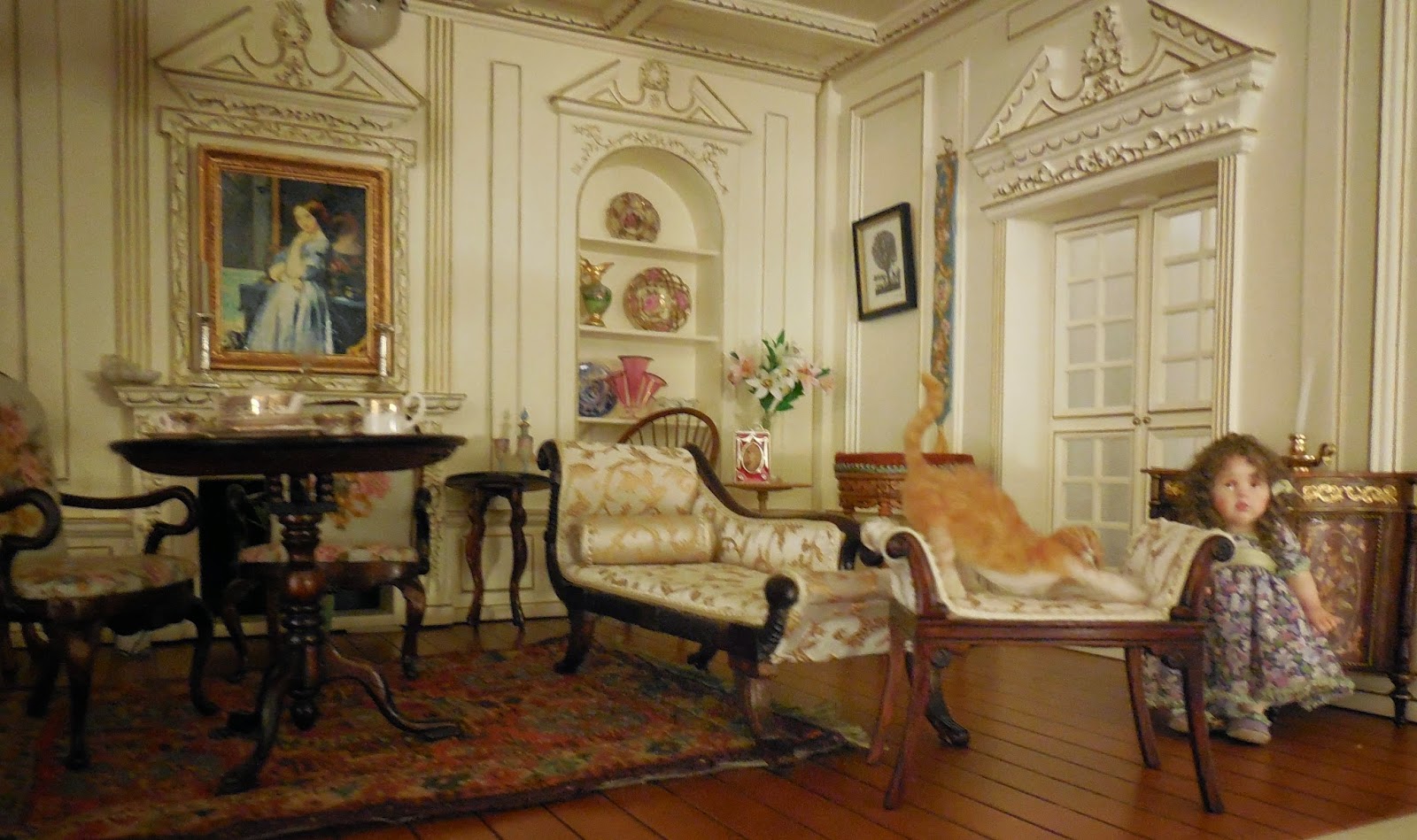 And there was this little Humpty Dumpty by St Leger , needing a home... :-( (if you know their work , you know that when you pull the little lever underneath, he will start to fall) 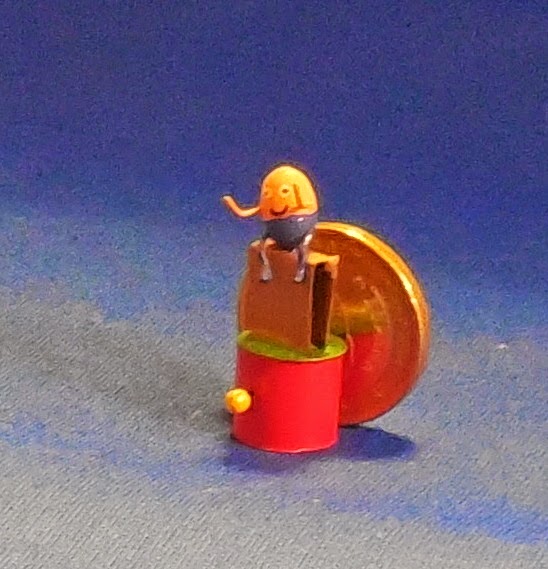 A gal can never have too much kitchen equipment : 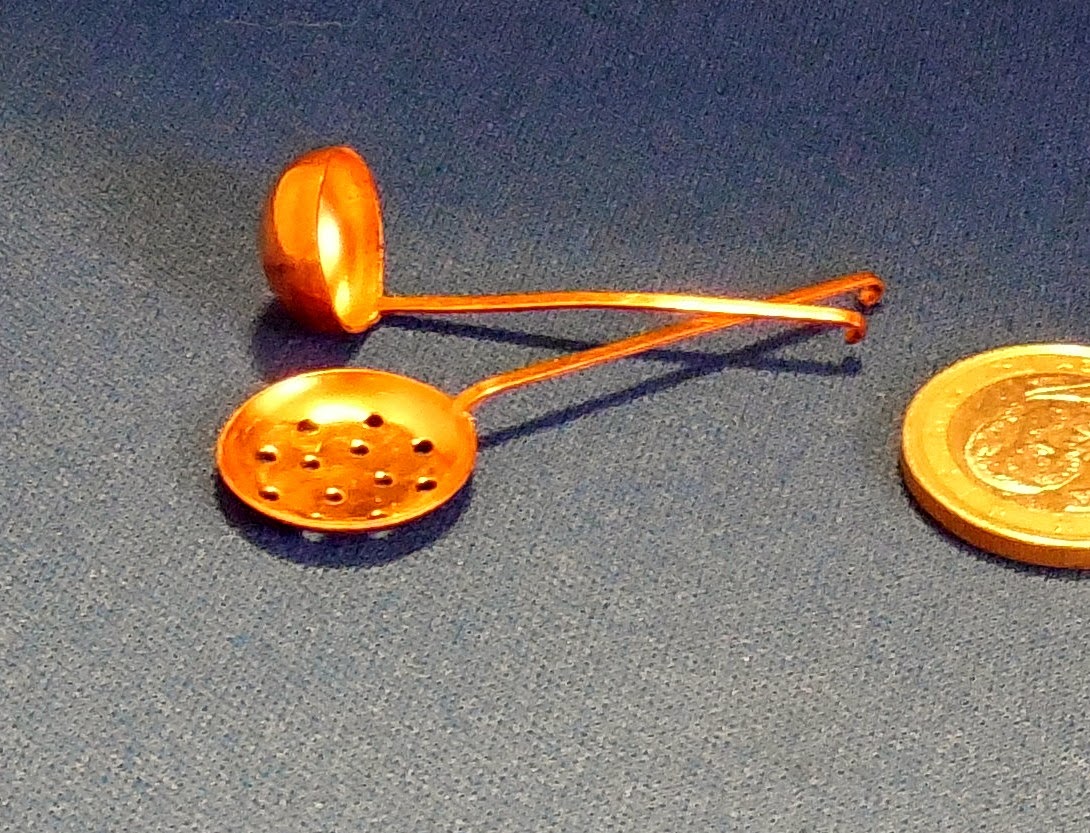 Then there was this lovely chest , made by Chris Malcolmson 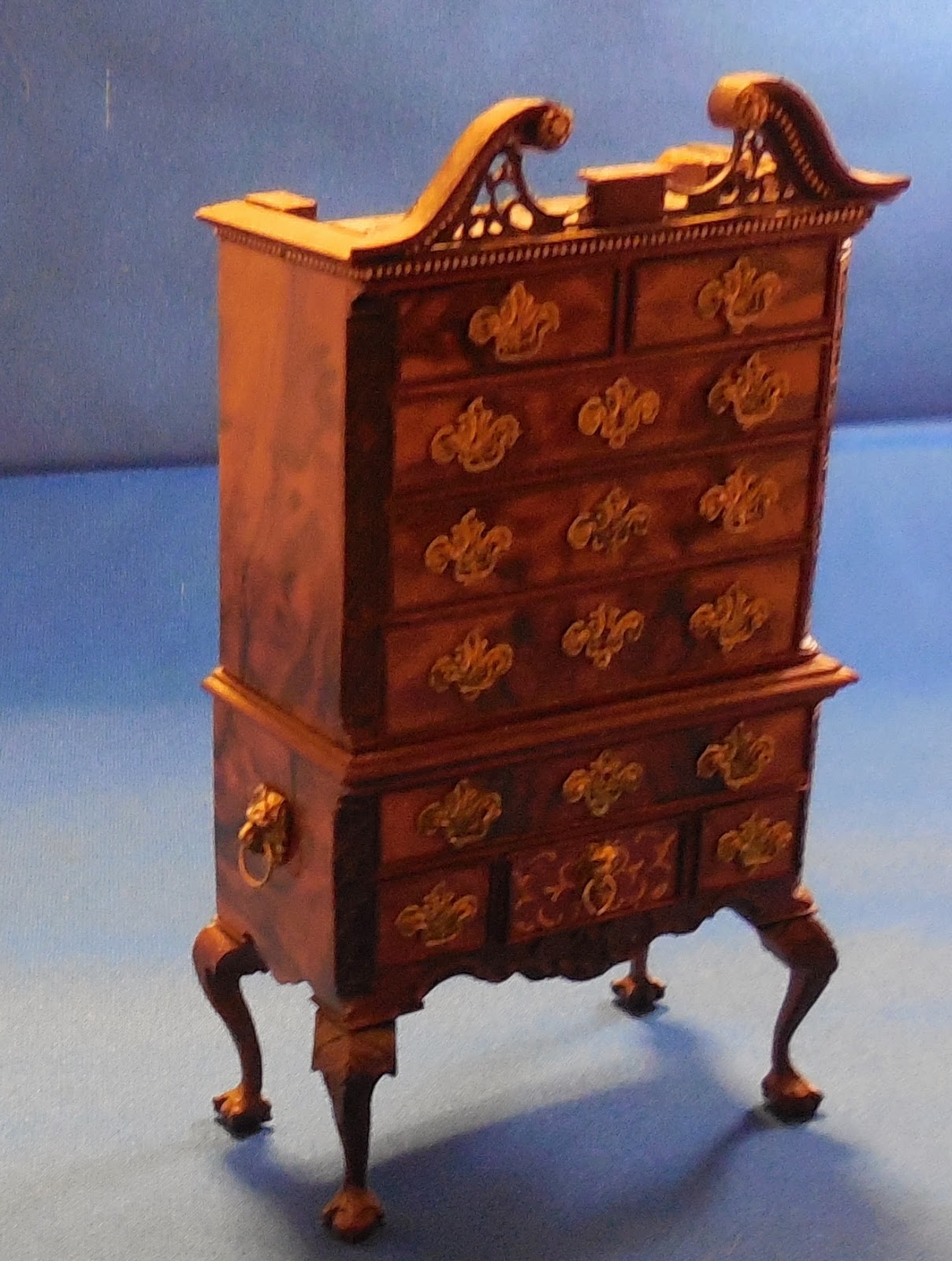 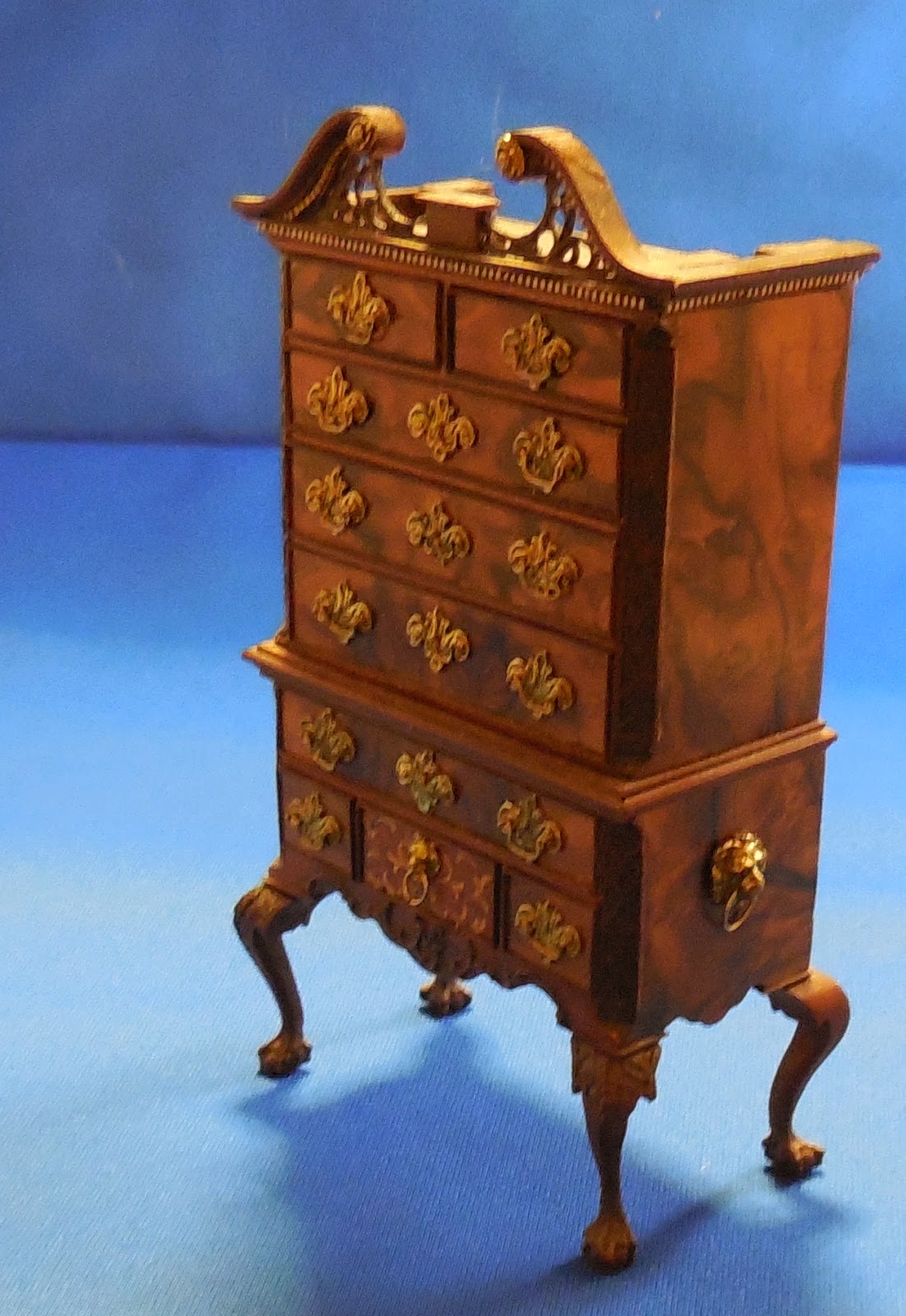 Jain , ( the Giddykipper) had a bad tempered cook, who has sunk into a chair for a cuppa and a break. - varicose veins? corns? both, maybe?) 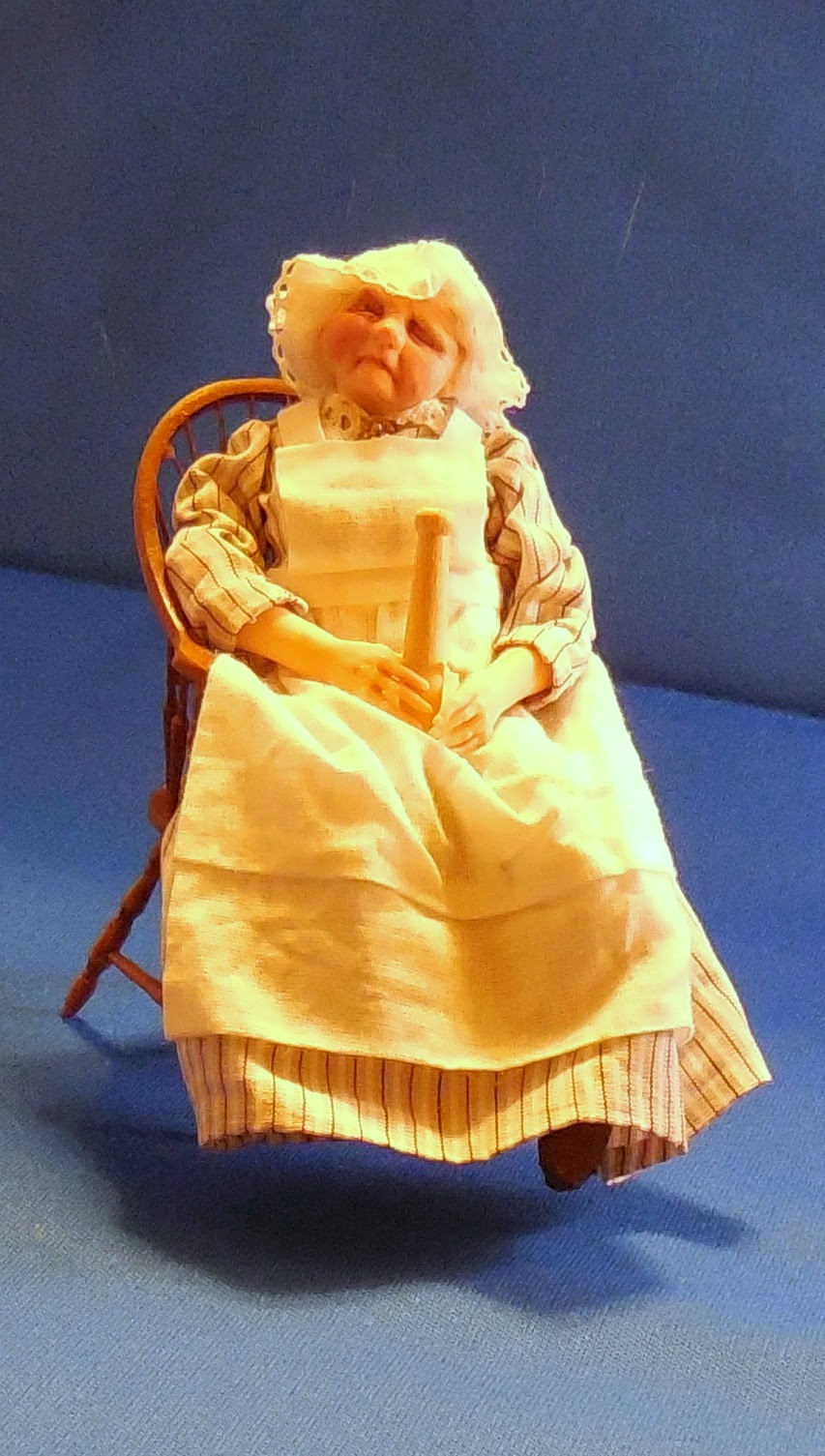 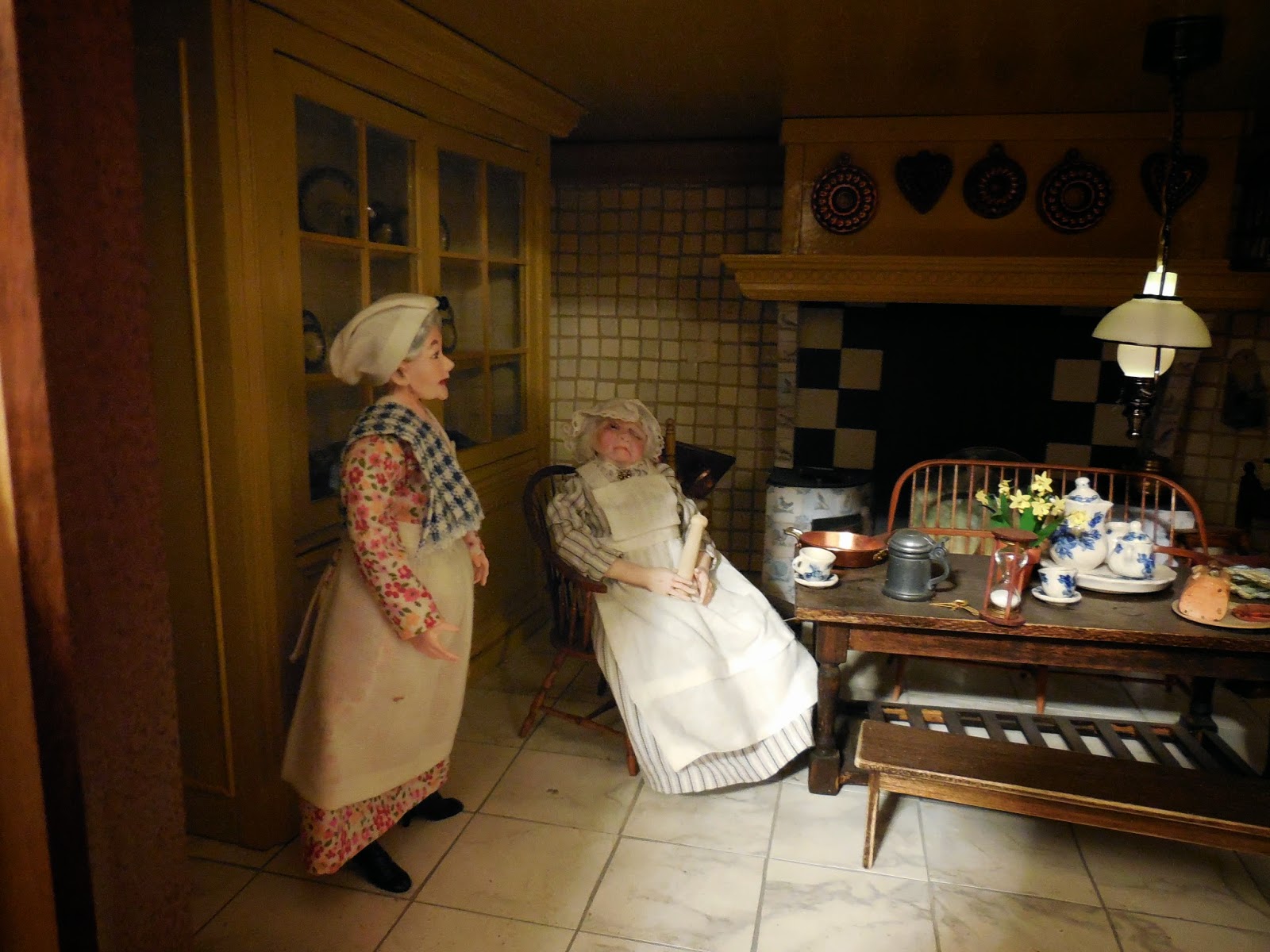 Then there was also Shirley Scheibehenne , who makes lovely and very clever little critters, all hand sewn.One can see them , making pics is a lot harder, esp in artifical light, so I can ony show you some of them now:
Sleeping duckie ( flat on his belly) 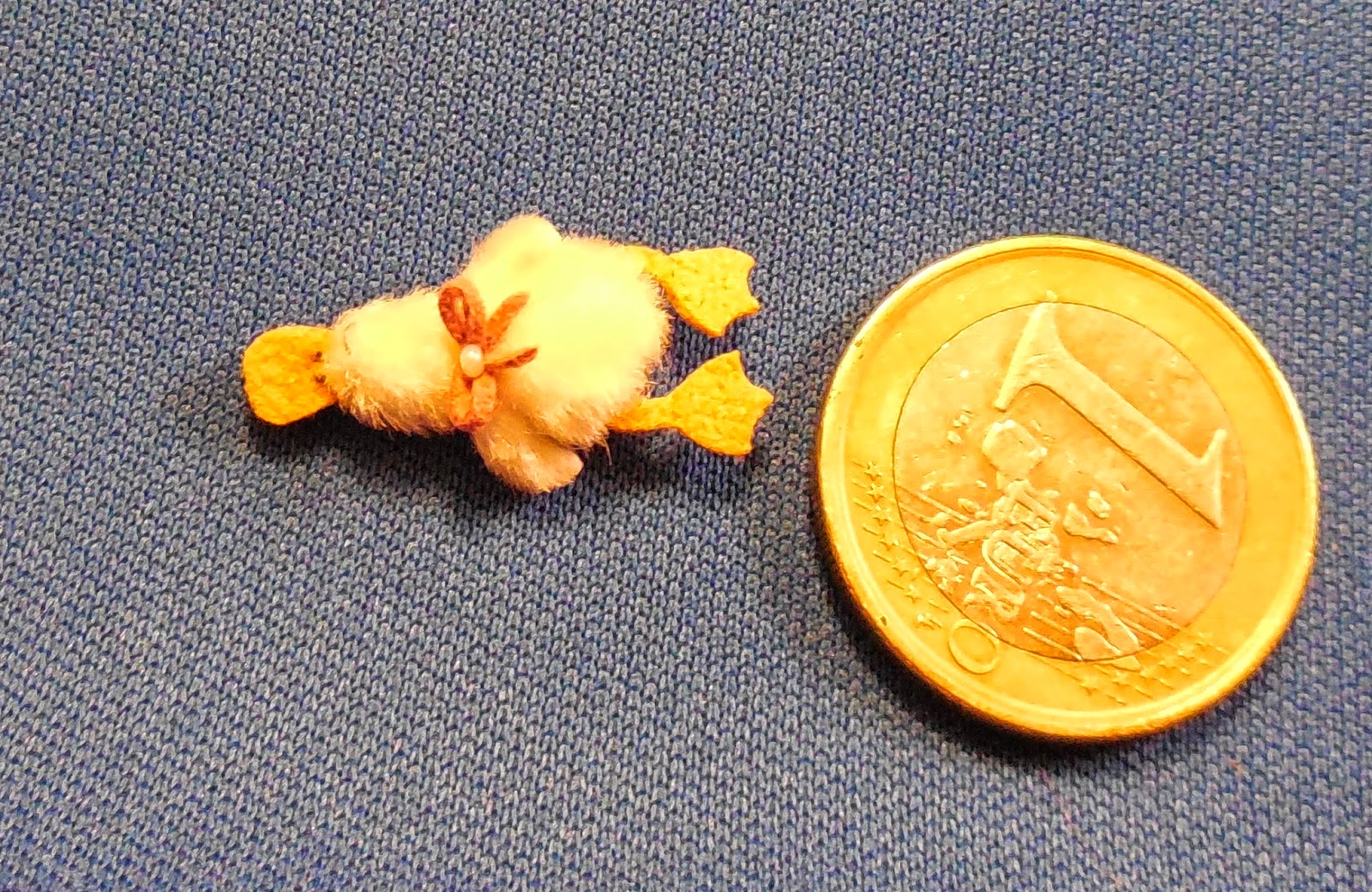 and a little hedgehog :-) 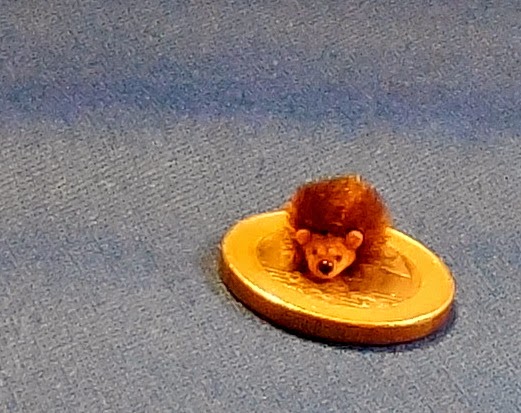 Yesterday three cuuuute little witches arrived here. I bought them off ebay from this seller (Andrea) 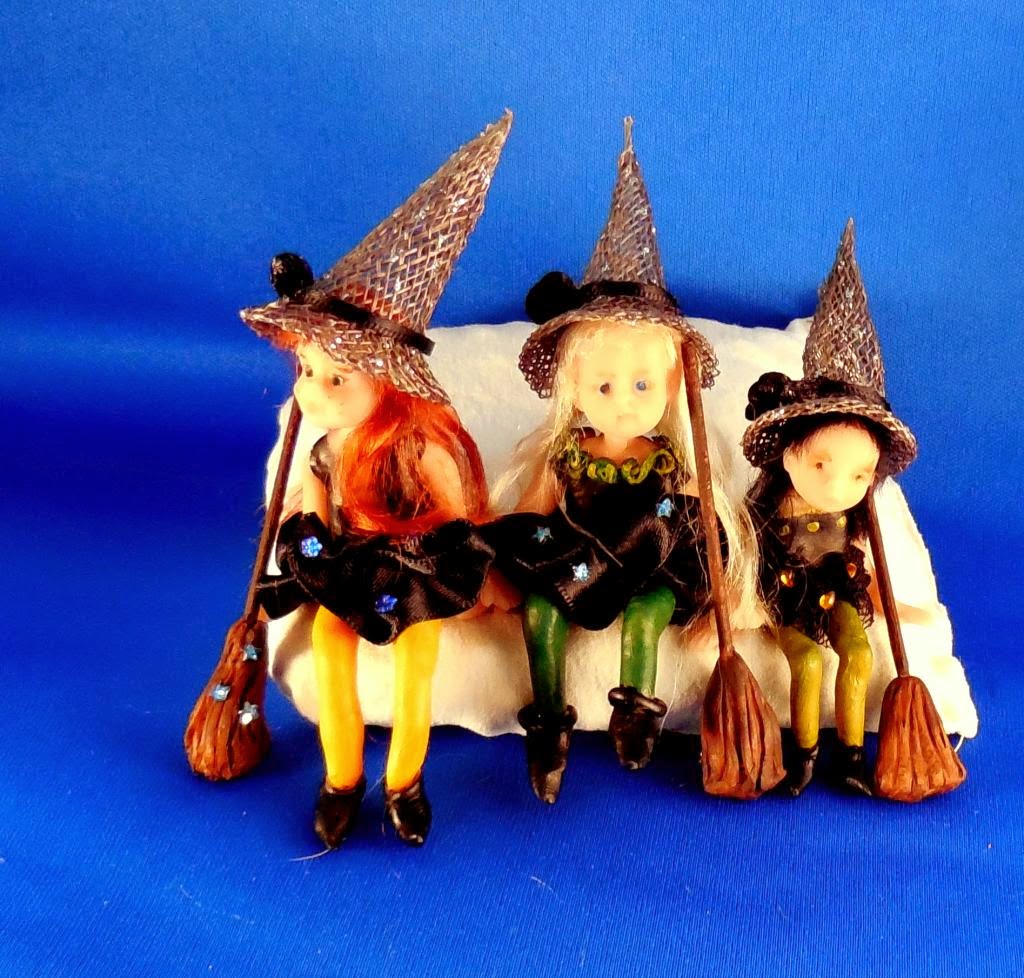 Here they are together. They will get a stone wall to sit on later on!!

I also recently purchased some 1/24 canisters by Dave Williams, also from ebay: 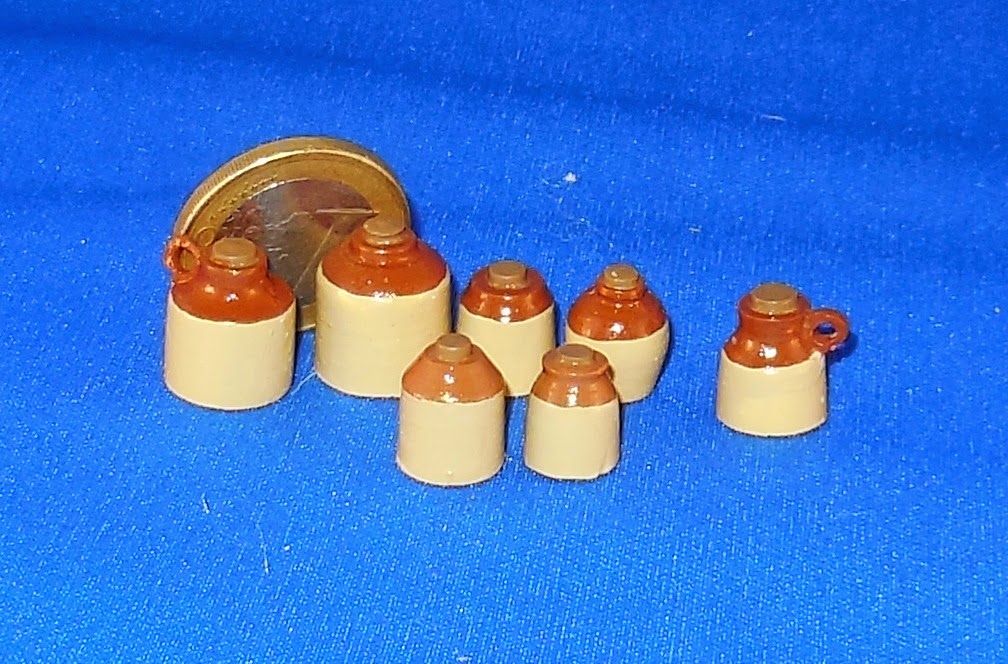 Adorable, arent they? They will go into my Herdwick Landscapes cottage .