And now some more dolls and things !

Elga also brought me this wonderful doll by Debbie Dixon-Paver I had snapped off Etsy  earlier this year. we thoght it might be safer for postng. Dolly traveled all the way to Scandinavia, took some minicourses/workshops and then landed in the Netherlands- well, here she is, home at last : 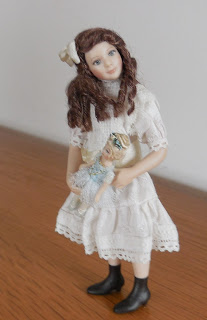 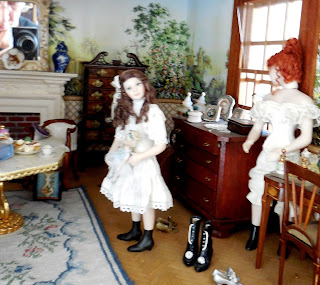 
And now some lesssweet dolls !!!

As you may know, I also like bad tempered / crabby dolls. I saw this bawler on etsy while browsing; immediately grabbed her by the scruff ----- 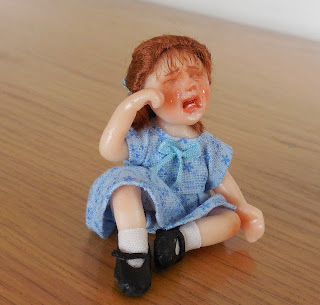 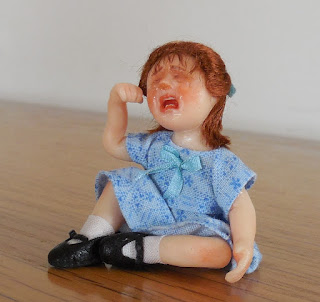 She was made by Alicia Volta ( Aligradolls)

Intrigued by her art, I asked her whether she would consider making two fighting little boys for me. At first she thought she would not have time right now, commissions and two fairs coming up to the boot - but she liked the idea so much that the boys went off and took over !

So here they are ( they made their way fighting all the way from Portugal....). I am afraid they are in for  a big whack when they will arrive home. 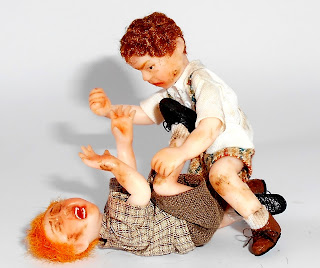 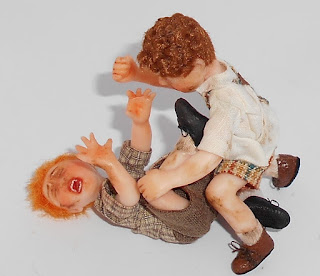 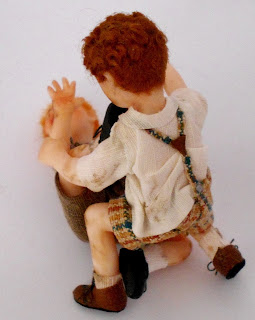 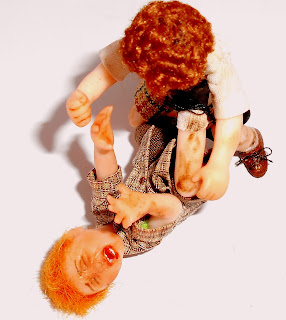 They are going to be in a yet to be built outdoor scene, on a green , where children are playing-or not.

On a sweeter note : I also received flowers from Pim Sukkerd ( beetree miniatures , watch out for her at the Miniature Online show!) that I bought from her a the on line show -also  some other things, but they are hard to photograph, sorry . 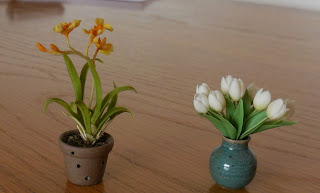 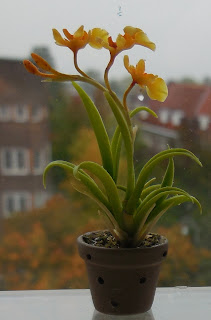 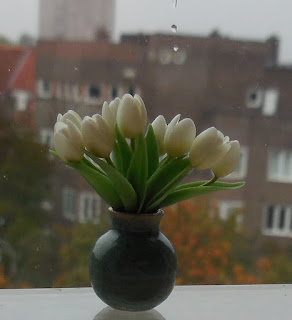 Last week Elga  visited our friend Josje after some weeks of teaching miniatures and a family visit to Scandinavia. To surprise her, we had set up a meeting at Josje's house .
When I cam in, she was still busy working on a delightful game table , which has to be covered yet with PP ( oh dear, another project that really has to be done !!!!)

here she is working in Josje's studio : 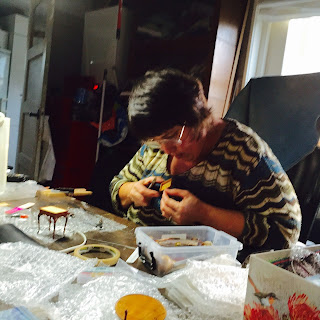 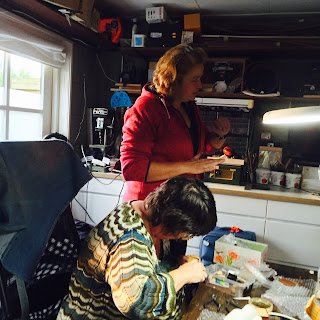 And here we are , together with Annette, another miniaturist who had visited Tune ( Denmark) with both ladies last year : 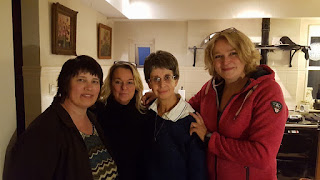 This is the little table ! 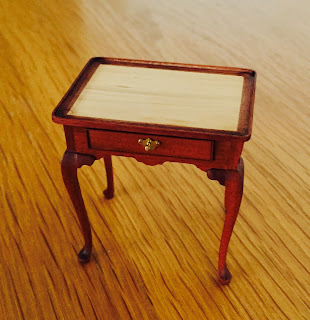 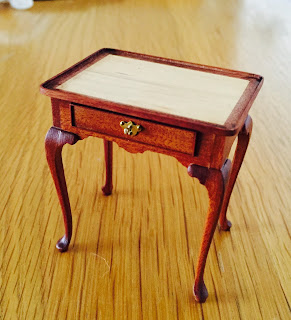 Always lovely meeting up with friends !!!! And thank you Elga for this wonderful little table.
Posted by elly in amsterdam at 1:09 PM 6 comments:

Some things from the web :-)

In Augustt, the Miniature Online show was held again. I bought this wonderful pottery from Jo-Ann Shaw ( Canada). Her work is excellent! 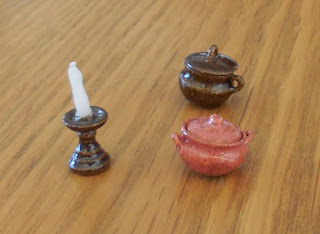 Earlier this year I bought a couple of dolls by Carol McBride . I would have shown them earlier, but they were quite hard to photograph 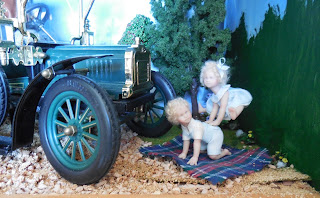 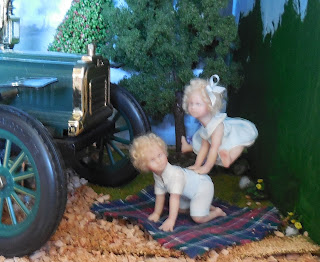 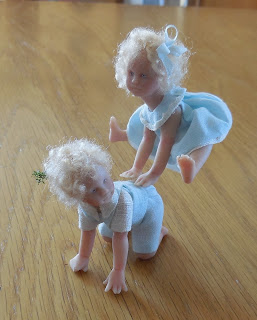 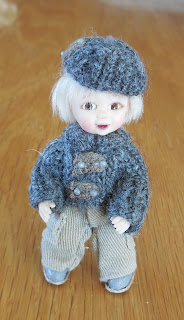 And ther is this snooty elegant lady from etsy ( Kay's Studio)

She looks suspiciously around, too, wonder what she wants to do here.... 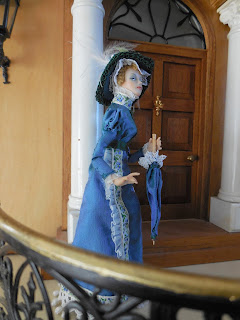 and last but not least : another big beautiful kitty!!!! ( ebay) 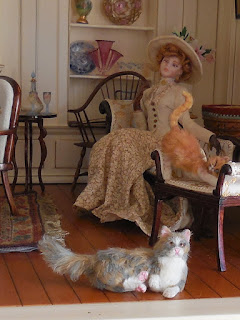 Posted by elly in amsterdam at 3:47 PM 6 comments: